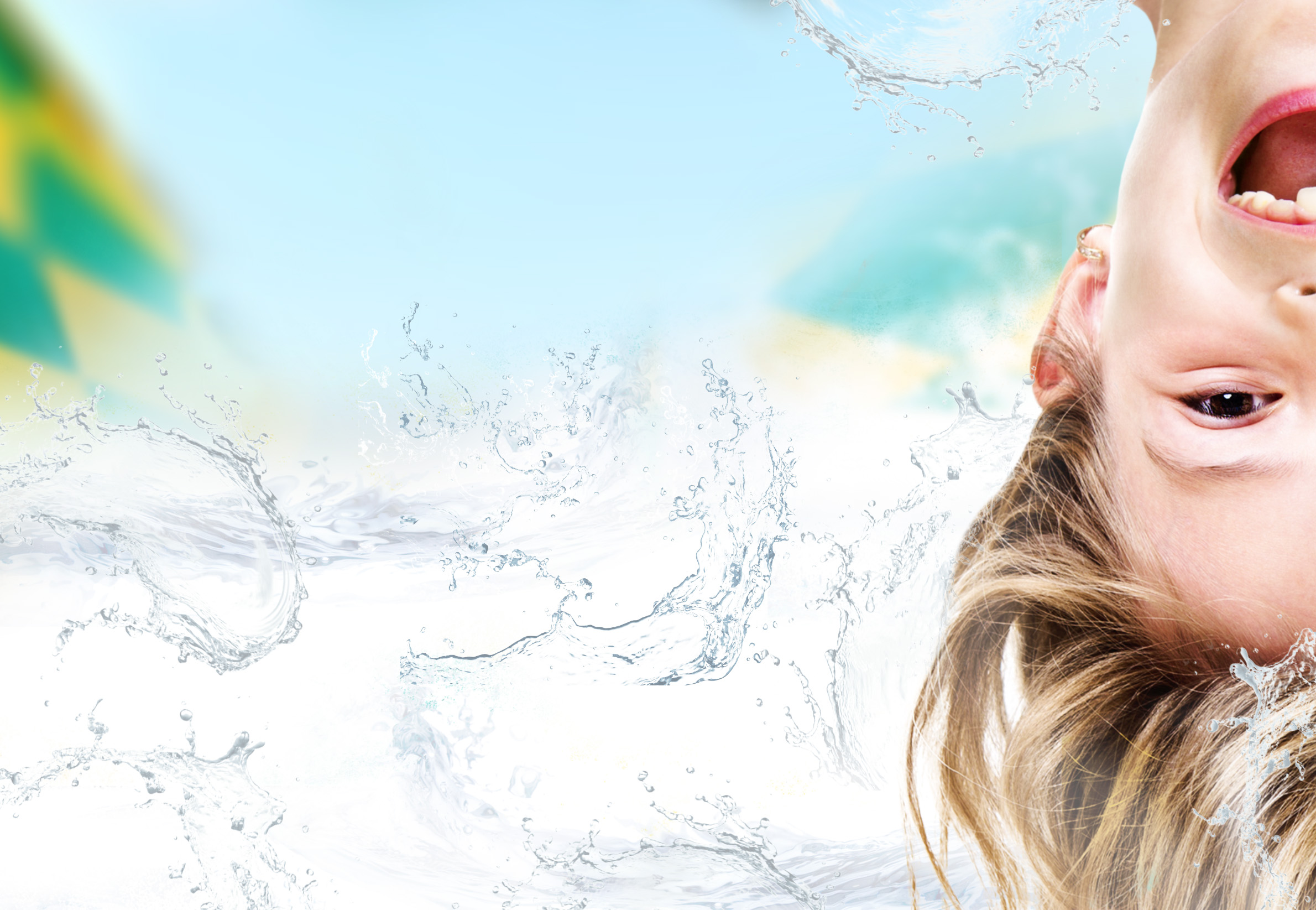 Fun in the Aqualand Tips for trips

Don't just look at Pálava hill from our sauna, it's worth a trip

Pálava - diverse nature and absolutely unusual landscape. This sunlit area consists of gentle hills, that are hiding river valleys. They are playfully surrounded by wild vegetation of floodplain forest, which is dominated by a panorama of white limestone rocks. Today, the history of Pálava is illustrated by rich archaeological finds. Thanks to them, we know that various human communities have lived here since the Stone Age. You have to see that.

Which way to go?

When you reach Pálava and the New Mills reservoirs, you must definitely walk through the Pavlovské hills itself, where you will discover a number of natural beauties and picturesque nooks. Enter them carefully, you will meet a lot of rare and protected plants and animals here. The highest point Děvín has only 549 metres above sea level, but it looks monumental above the lowland landscape. At the top of the highest massif Děvín there is a transmitter, at the lower top there are the ruins of the castle Děvičky. At the top of Table Mountain is the Sirotčí hrádek (Orphan's Castle). On the northern edge of Mikulov, on the hill Turold, you will find the only accessible cave in this area - Na Turoldu.

The Pálava Protected Landscape Area was declared in 1976. Here you will find many rare ecosystems, rich rocky, turf and meadow steppes, forest-steppes, thermophilic oak groves or rubble forests. In the southern part of the protected area you will also find the salt-loving vegetation Slanisko u Nesytu. Since 2003, Pálava, together with the Lednice-Valtice area and floodplain forests at the confluence of the Morava and Dyje rivers, has been a part of the Lower Moravia Biosphere Reserve. 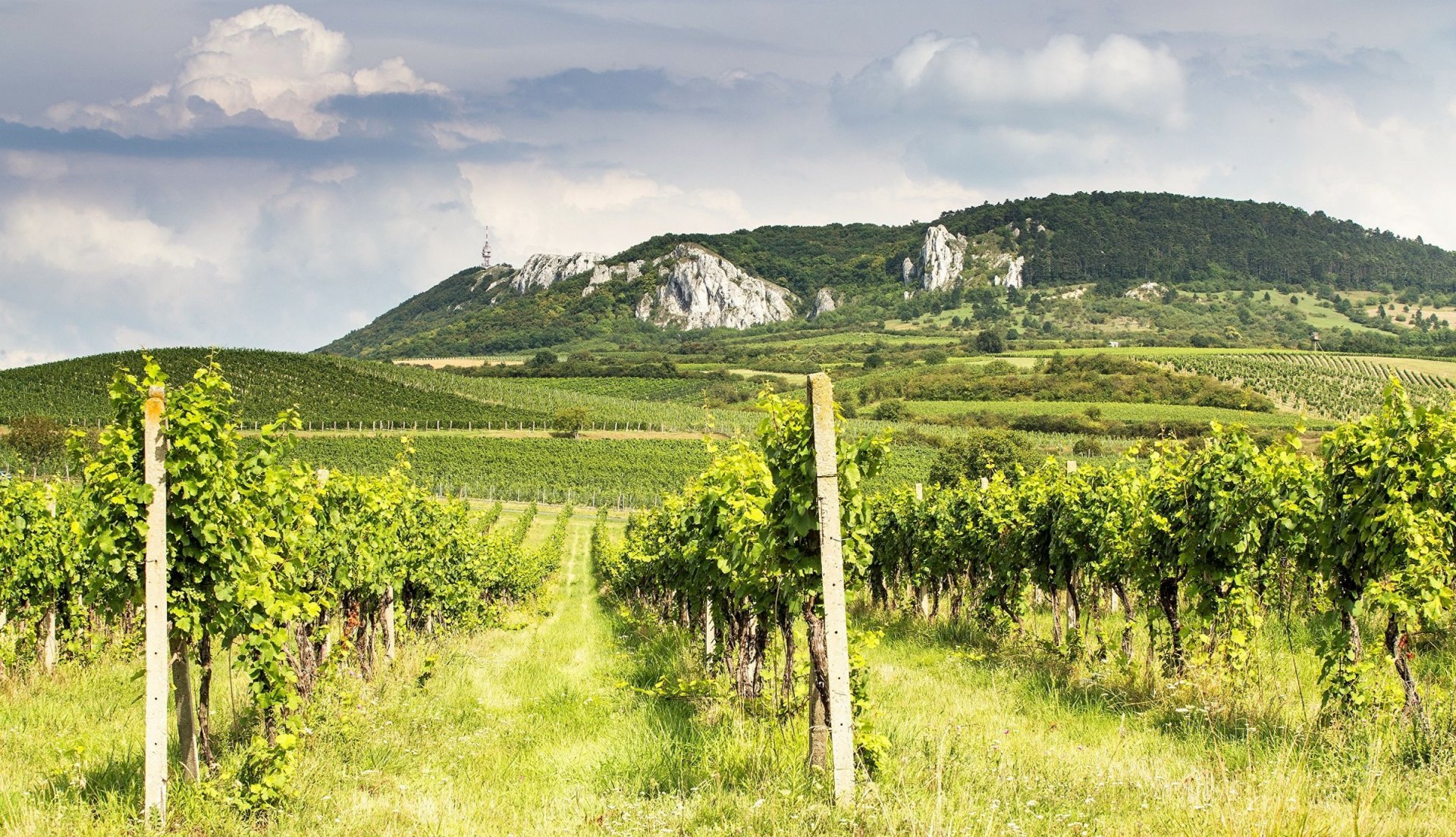 Beyond the northern border of the Pálava Protected Landscape Area, there is a cascade of three water reservoirs, which were built on the lower course of the Dyje in the years 1975 - 1989 on an area of 3226 ha. The reason for their construction was the effort to prevent possible floods, but they are also used for fish farming, recreation and water sports. Originally, there was a beautiful floodplain complex in the place of the reservoirs, which was destroyed by the construction of water reservoirs. Nature has at least partially returned here and the middle Věstonická reservoir was declared a reservation after a few years.

Here you can admire the rich fauna and flora. Today, the reservoir complex, thanks to its area and location, represents the most important wintering ground for some Nordic species of geese, of which up to 30,000 can be observed here. There are also several dozen sea eagles to see, which winter here. In summer you can see many species of mudflats and elegant white and red herons. In winter, you can observe northern ducks, guinea pigs, large and white guinea pigs, northern hornbills, northern field geese and white-fronted geese. In its vicinity there is another natural monument Bethlehem, which at the time of filling the middle reservoir became an important refuge for many species, especially amphibians, which migrated from the floodplain.

The upper (Mušovská) reservoir (Nové Mlýny I.) was filled in 1979 and covers an area of 531 ha. This reservoir bears the name of the defunct village of Mušov, which, however, was located on the site of the middle reservoir. The ATC Merkur Pasohlávky recreational area was built on the northern side of the Mušovská reservoir. Above it rises the hill Hradisko, where the remains of a Roman settlement from the 2nd century AD were discovered.

On the territory of the middle (Věstonická) reservoir (Nové Mlýny II.), The Věstonická reservoir nature reserve was declared in 1994. On one of the two islands, which were created here after filling the reservoir, stand the remains of the church of St. Linhart, which was part of the now flooded village of Mušov. The church is originally a Romanesque building from the turn of the 12th and 13th centuries. With its historical and architectural value with a Romanesque core and Gothic reconstruction, the monument still ranks among the oldest cultural monuments in southern Moravia.

The second island is an archaeological site where more than two thousand graves from the period of the Great Moravian Empire were discovered. The largest of the three Novomlýnské reservoirs is the Dolní (Novomlýnská) reservoir (Nové Mlýny III.) It has an area of 1 668 ha with a maximum depth of 7.8 m. 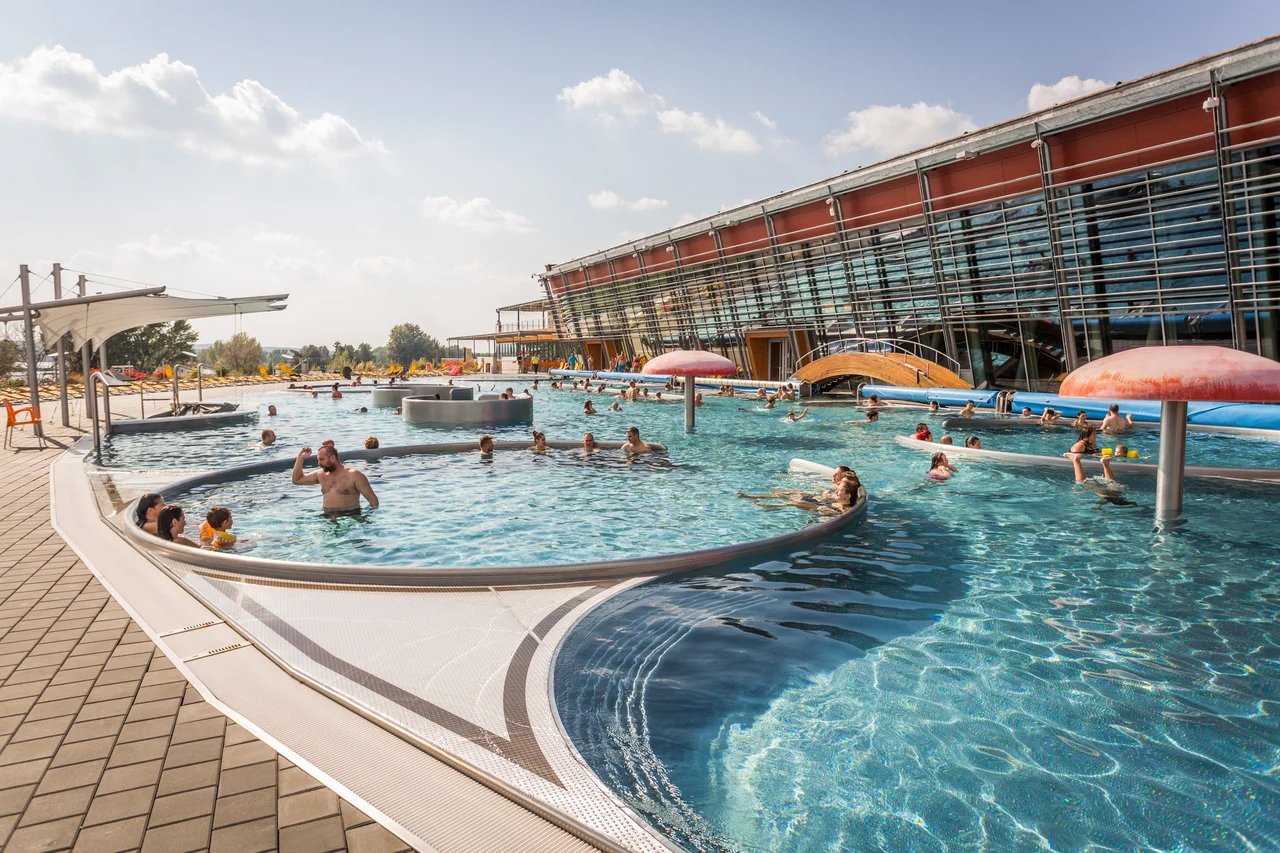 Stay in touch with us

Fill in your e-mail. And nothing will swim for you anymore.
Změnit nastavení cookies